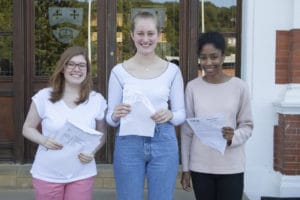 Many congratulations to Charlotte, Maisie and Rachelle, all of whom have achieved a phenomenal 22 grade ‘9’s between them. This year, twenty of our Fifth Year pupils achieved 10 GCSEs graded 9-8. Fantastic! Maisie, who is a rising star in the English Department, said: “I am so grateful to my English teacher, Dr Gray, who has been so encouraging.” 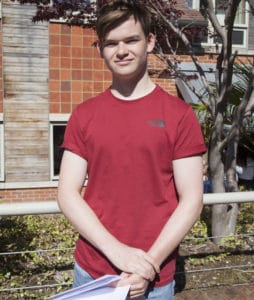 Alex achieved a fantastic sweep of 10 grade ‘9s’ (plus an A* in Further Maths). Alex is one of four pupils in his year who have achieved 10 Grade ‘9’s – an astonishing achievement. 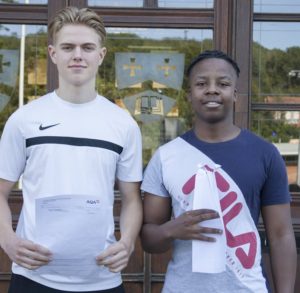 DOUBLE CELEBRATION IN THE BOARDING HOUSE

Christian and Phoenix both love participating in School sport and being part of our boarding community. They have both done brilliantly: Christian achieved a wonderful 9 ‘9’s, an A* (with distinction) in Further Maths and a ‘7’, while Phoenix achieved 4 ‘9’s, 4 ‘8’s and 2 ‘7’s. 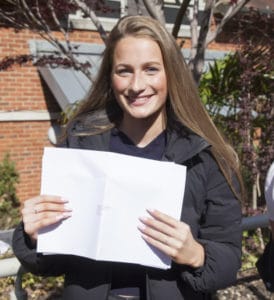 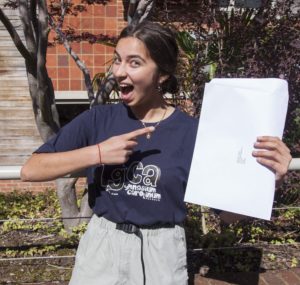 Leela has many extra-curricular commitments at School, including drama, and now she has scored a terrific sweep of GCSE grades – 5 ‘9’s, 4 ‘8’s and 1 ‘7’. Bravo, Leela!

REASONS TO BE CHEERFUL 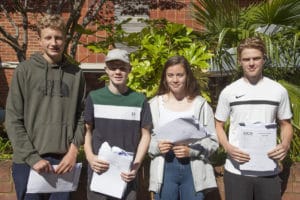 Louie, Ben, Madeleine and Christian all have good reason to be smiling! They all achieved terrific GCSE grades – together, they collected a remarkable 30 grade ‘9’s. 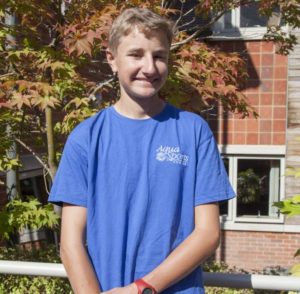 Caspar has been helping out in his sailing club over the summer, but today’s news will certainly fill his sails with metaphorical wind! He has achieved 9 grade ‘9’s and 1 grade ‘8’, along with an A in Astronomy and an A* in Further Maths. Wow – full steam ahead!

A STRING OF NINES 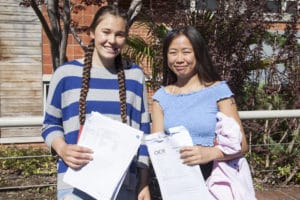 Esther and Olivia achieved 9 and 10 grade ‘9’s respectively – an amazing achievement. Esther also achieved an A grade in Astronomy and an A* in Further Maths. No wonder the girls are smiling so broadly! 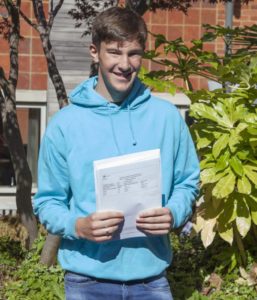 Max has a busy schedule out of the classroom, with a wide range of interests from participating in the School’s Combined Cadet Force (CCF) and playing sport.  He is now looking forward to entering Caterham’s Sixth Form having achieved a wonderful 5 ‘9’s, 3 ‘8’s, a ‘7’ and a ‘6’ – as well as a B in Astonomy and an A in Further Maths.