We are delighted to announce another amazing guest speaker- Professor Michael Bonsall from Oxford University – for this year’s Annual Science Christmas Lecture, titled:

Ebola, Zika and Malaria – How Serious is the Threat? How Can Science Deal with these Disease Outbreaks? 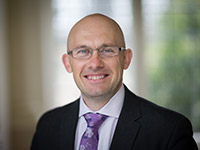 In the news this week, Congo has just announced that it is suffering from the worst outbreak of Ebola in its history. 200 people have died since August.  This latest outbreak follows the outbreak in West Africa in 2014 and outbreaks of Zika in 2015-16. How serious is disease threat to humans in the future? Are we on the verge of a new pandemic wave of infections? and how does science say we should be tackling them?  Can we predict how disease, such as the latest Ebola outbreak, will spread?

Michael Bonsall is Professor of Mathematical Biology at the University of Oxford.  He was a member of DEFRA’s Advisory Committee and worked with the European Food Safety Authority (EFSA).  He has advised the World Health Organisation and Governments on the spread on vector-borne diseases developing risk assessments and guidance for disease-mitigation strategies. His research interest focus the application of mathematics to ecology, evolutionary biology and epidemiology.

There are no tickets or charge for this event but we do need to know if you are coming.  The event always sells out and places are limited so places at the talk will be agreed on a first come first served basis.

Please book your tickets using the form below.
Back to all Events