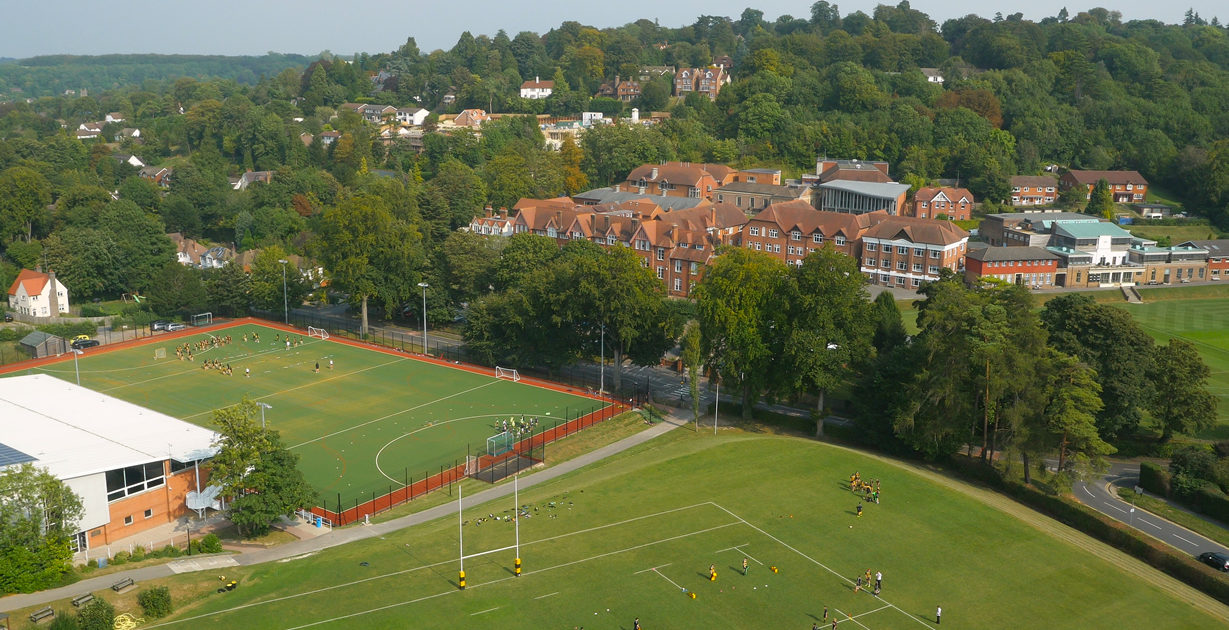 The Harestone Valley, set in the Surrey Hills, provides a stunning location for the School’s extensive campus.

Easily reached from Surrey, Kent and Sussex and just 20 miles from central London, Caterham School is set in its own tranquil space.

The school is under a mile from the town centre, and only five minutes from Junction 6 of the M25, but neither is visible – or audible.

Caterham Railway Station is a 15 minute walk away from the school. Taxis are available at the station. There are regular trains to and from East Croydon and London.