We are proud of our school’s achievements and the innovations across school life which positively impact our young people, our community and make our school a global educational leader.

In recognition of our pioneering use of education technology, Caterham is one of a handful of UK schools to receive an EdTEch award. The ‘Edtech Oscars’, supported by Intel, were chosen by an independent judging panel made up of educators and edtech experts.

Caterham School was named as part of the prestigious Edtech 50 awards and features in a national publication that showcases imaginative uses of technology to support teaching and learning across the UK. The Edtech 50 report includes details of the schools’ work and has contributions from Ministers of Education from Wales, Scotland and England.  See more here: https://www.caterhamschool.co.uk/news/caterham-wins-edtech-oscar/

Wellbeing and pastoral care at Caterham School has been given the UK’s highest accolade after the school was awarded the National Children’s Bureau backed Wellbeing Award for Schools (WAS). Following a rigorous 16-month-long assessment, which included input from pupils, parents and staff, Caterham’s pioneering approach to Wellbeing was endorsed by the WAS inspector who commented: “Wellbeing is embedded in the curriculum and across the whole school. Pupils and staff have incredibly positive things to say about the climate of the school and how they have been personally supported.” Click here to read more.. 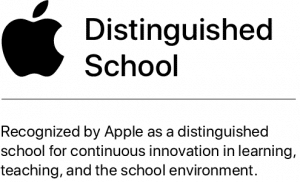 Caterham School has once again been recognised as a leading school for its application of technology in teaching and learning with the extension of the school’s Apple Distinguished status. The School is one of only a handful of UK schools be formally accredited as an Apple Distinguished School.

The extension of Caterham’s Apple status follows the execution of a best practice programme to integrate the use of iPads alongside traditional teaching methods. Since the full roll-out of the programme in September 2015, students have used iPads in a range of innovative ways, including receiving instructive and interactive verbal marking and feedback on homework via their iPads.

Since the launch of the programme, the school has received interest and visitors from across the globe, keen to learn from Caterham’s experience and success. Click here to read more… 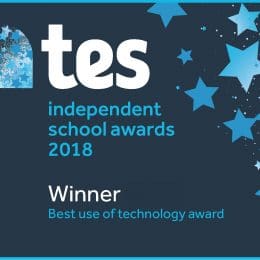 Caterham School proudly accepted the award for ‘Best Use of Technology’ Award at the Times Educational Supplement Independent School Awards. This award recognises “measureable excellence in the use of education technology by a school”. In September 2016, Caterham opened a new Innovation Centre that includes a robotics centre, a virtual-reality room, a green screen/editing room, animation pods, a video conferencing room and the base for a drone that films in high definition. Of the Innovation Centre, the TES Independent School Awards judges said, “Caterham’s innovation centre has done that, bringing together technology and opportunity, and allowing pupils to thrive as a result.” Click here to read more..

Caterham School was named an Apple Regional Training Centre (RTC) following a number of years as an Apple Distinguished School. As an RTC we offer training on making the most of Apple technology in the classroom to the local community, our feeder schools and our own staff. In addition to this, Caterham has been delivering the Apple Digital Leadership Academy program; a one day course for senior leaders, which gives them the skills and tools through which to successfully lead an iPad programme in their own schools. This has been a hugely successful initiative which saw the school deliver training to over 100 different schools last year. 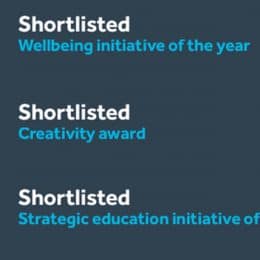 Caterham School was shortlisted in no less than three categories in the 2021 Times Educational Supplement Independent School Awards. These awards recognise the very best work and achievements across UK independent schools with a judging panel of the most experienced leaders in the sector.

Wellbeing Initiative of the Year – recognising the provision and effort from across the school, the community and indeed across the globe, to support each other, our partners and beyond during the recent lockdowns.

Strategic Initiative of the Year – for the development of our Shadow Board of young alumni who work alongside the Board of Trustees. The Shadow Board will help ensure Caterham’s focus remains on preparing young people for the rapidly changing world of work they are graduating into, and ensure that the voice of our young people from BAME communities are heard at the highest level of decision-making.

Creativity Award – for the Academic Shorts series that was another huge hit during lockdown. Led by Mathew Owen and embraced by staff and pupils, Academic Shorts demonstrated the breadth of interests, knowledge and the shear enthusiasm for academic subjects. It was a brilliant way to connect whilst virtual schooling, and has begun an enduring video library packed full of inspiration.