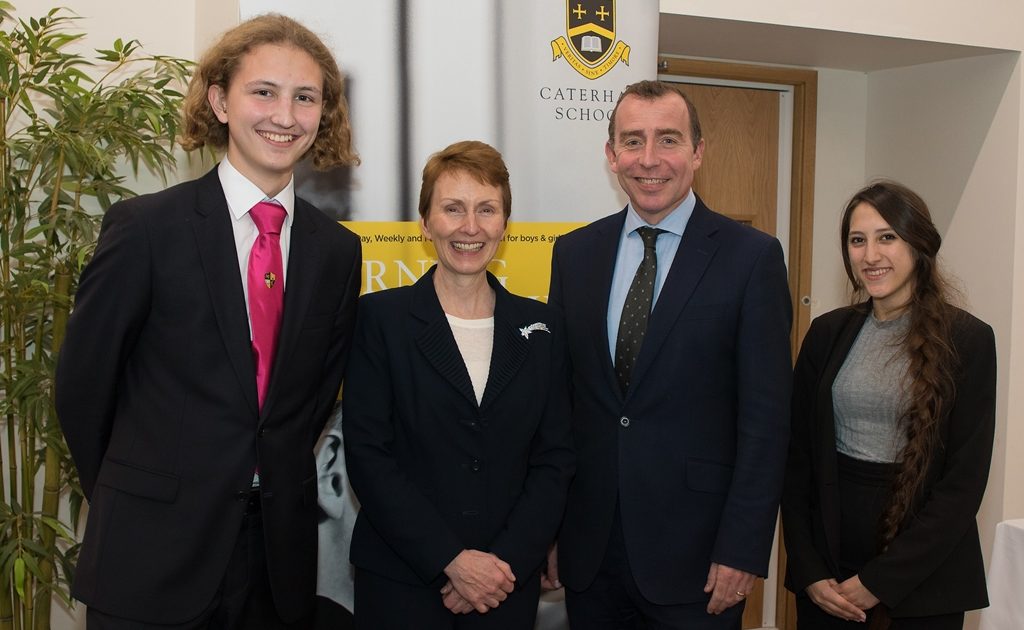 Britain’s First Astronaut, Helen Sharman OBE, visited Caterham School to inspire young scientists and share her experiences of space. Helen was the British person to go into space when she stayed on the MIR space station and remains the fifth youngest person to travel to space.

Already a working scientist, Helen responded to a radio advert asking for volunteers and made it through the stringent selection process to gain her place on the training programme. In the first of two packed-out talks at Caterham School, Helen addressed primary school children from across Surrey who were full of questions about life in space. Helen’s young audience was gripped as she explained complex science in an accessible and inspiring way; she also peppered her talk with anecdotes about life in space including how astronauts eat dinner, go to bed on the ceiling and even use a special space toilet! Helen relayed how Tim Peake was able to email and call her during his recent mission to the European Space Station.

Helen’s second talk addressed Caterham’s young scientists, parents and space enthusiasts, and ended with a long and informative debate about travel to Mars. The astronaut was incredibly generous with her time and her enthusiasm for space and science proved infectious.

Said Mr Ceri Jones, Headmaster at Caterham School: “This was an incredible opportunity for all of us who heard Helen’s excellent talk on life in space. Not only did she bring to life the process of travelling into and living in space, but she inspired every single one of us to seek out and make the most of every opportunity we have. Her enthusiasm for science and space, her in-depth knowledge of her subject and her generosity of spirit made this visit such a special occasion.”

This major event in the Caterham School calendar did not disappoint and left all who came in awe of space and the possibilities of space exploration.