After a Covid-enforced hiatus of two years, Corps put on its annual showcase this Sunday in beautiful sunshine. An immaculate Guard of Honour welcomed our Inspecting Officer, Col Sir Charlie Sykes Bt, the Commanding Officer and the Headmaster to Home Field. Thereafter a very large audience of parents, staff and guests were shown around various stands, including climbing, fieldcraft, first aid and drill, where the cadets showed off their training. 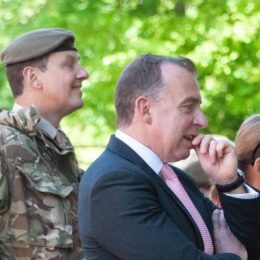 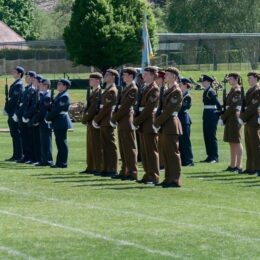 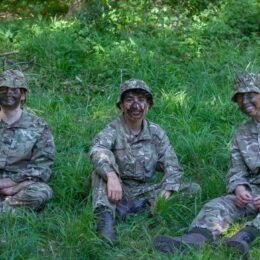 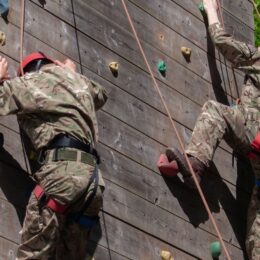 News of a dangerous enemy brought the guests back to Home Field in alarm, but thankfully the Caterham Rifles were on hand once again to save the day. A slick section attack drove the dastardly dissidents from their rickety shacks until all resistance was crushed. There followed the first Army v. RAF Gun Run race: the competition to move a full artillery piece across a demanding obstacle course was won, inevitably some would say, by the Army team. 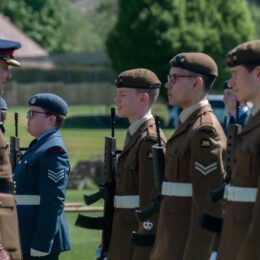 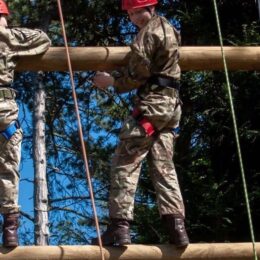 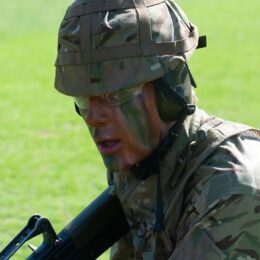 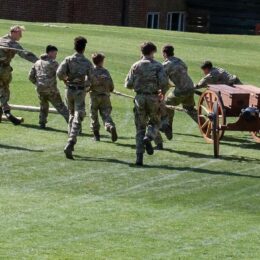 The day finished with the whole contingent on parade. Col Sykes commended the cadets on their excellence, commitment and positivity, before awarding prizes: Best Recruit went to Recr Woods (Third Year); Best JNCO to LCpl Case (Fifth Year); and Best Cadets in the two sections to CSM Sharpe and CWO Masters (Upper Sixth). The Stokes Pace Stick was awarded to Head of Corps, RSM Brand (Upper Sixth). As the Union Flag and RAF Ensign were lowered and the National Anthem sounded across a sun-kissed Home Field, all cadets involved could reflect on another outstanding performance at a very busy time of year.