After an exciting year of Drama events, last Thursday and Friday we hosted the final performances on the Drama Calendar and let’s just say, we really went out with a bang!

The Orchard Theatre Festival is the Drama Department’s summer showcase of scenes, sketches and songs chosen from the various Drama co-curricular clubs – taking place over two dreamy summer evenings (albeit Friday was more like a grey, slightly windy summer evening). Audiences brought picnics and were entertained by the immense talent of our Junior and Senior pupils, all on our beautiful outdoor Orchard Theatre. 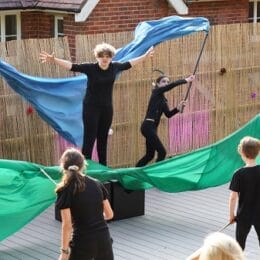 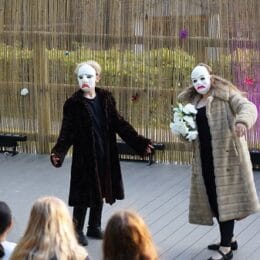 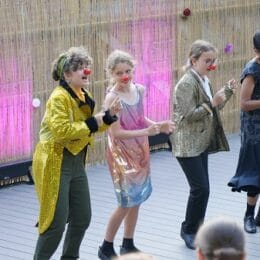 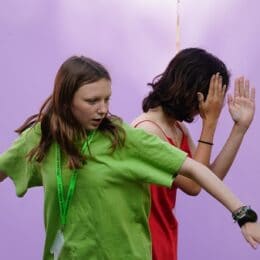 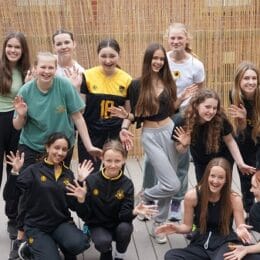 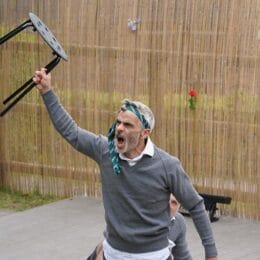 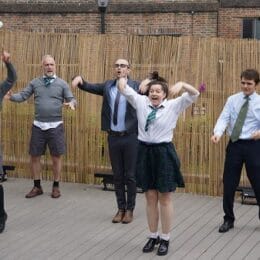 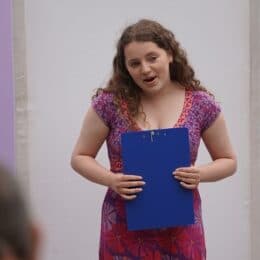 The Junior Festival included clown sketches, LAMDA pieces, scenes from Shakespeare, some new writing and a snippet from the Third Year’s TIE (Theatre in Education) show, which toured to primary schools earlier this year. Audiences loved the performances and were very impressed by the array of talent in our younger years.

The Senior Festival included comedy sketches, some powerful monologues, a catchy piece of musical theatre and the much-anticipated Staff Play: Teechers. Audiences were similarly impressed, and the staff did an excellent job of playing rowdy students (TikTok dance included and very well received!)

Thanks should go, as ever, to our student backstage crew who helped to make both evenings slick and efficient. In addition, a special thanks to Anna Davies who did a marvellous job of compering both evenings, keeping the audience excited and engaged with her warmth and charisma.