The sun is shining, the fresh green of spring is bursting out and the birds are making the most of the quiet skies. We thought there would be no better time to celebrate the season with a Caterham’s SpringWatch with updates from the season in Old Park Woods and contributions from anyone and everyone who wants to join in.

Perhaps you’re noticing things changing in your outdoor space at home or taking pics of your daily dog walk. To join in visit the Caterham Community Hub or follow @OldParkWoods on Twitter. 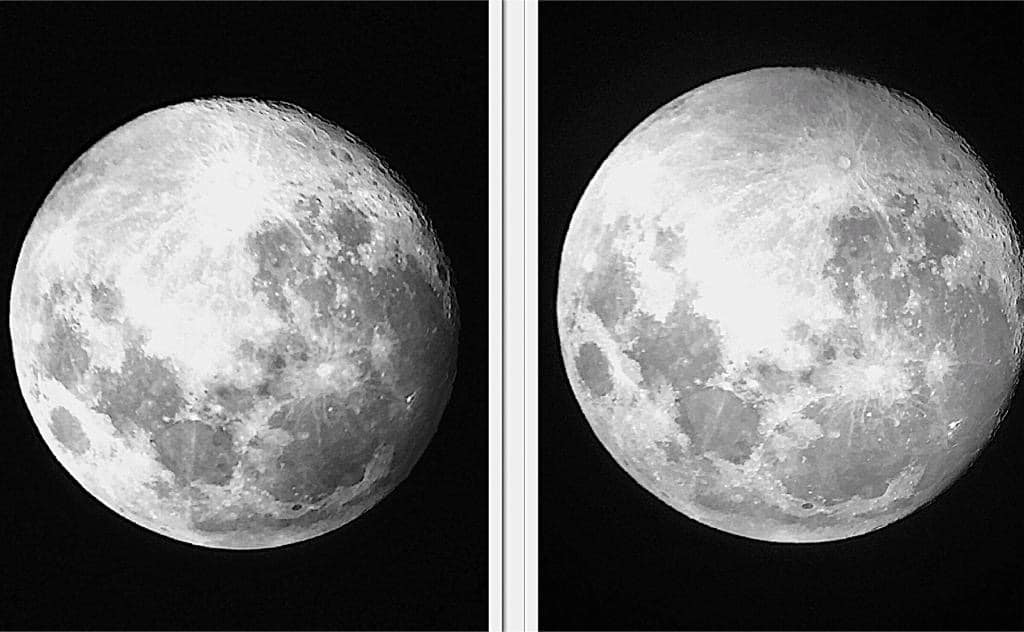 The name of this full moon isn’t related to the colour of the moon itself. It comes from Northern Native Americans who named the moon after a species of a pink early blooming wildflower. In other cultures, this moon is called the sprouting grass moon, the egg moon and the fish moon.

Easter Sunday falls on the Sunday that follows the first full moon occurring on or the day after the March equinox – hence this beautiful evening sight preceding the Easter weekend. If the full moon occurs on a Sunday, then Easter is observed the following Sunday.

Primroses – thanks to Mr Ben Purkiss for this photo of primroses in Old Park Woods taken this week. 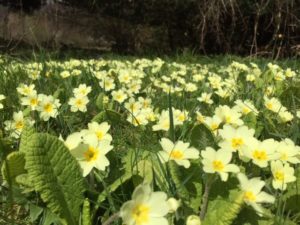 The Primrose (Primula vulgaris) is native to Britain and Europe. It’s a small plant, typically no more than 10 cm (4″) high. It produces flowers which generally vary in colour from pale cream to deep yellow. You’ve probably seen some in your gardens for a few weeks now and certainly in the roadside edges around school and Old Park Woods since about the start of March.

1. Next time you come across a clump of flowering primroses, stop and have a closer look. Primroses are fairly unusual in that they have two different types of flowers which look at first glance almost identical. One type is called ‘pin-eyed’ and the other, ‘thrum-eyed’. The two different types of flowers are produced on separate plants.
2. Their name originates from the word “primus” which means “first” or “early”. Their name refers to the fact that the primrose is one of the first plants that bloom in the spring.
3. The leaves and flowers of primrose are edible (humans but not all animals) and often consumed in the form of salad. Maybe don’t test this at home…
4. Did you know Primrose Day is April 19? This is the anniversary of the death of Benjamin Disraeli (April 19,1881) whose favourite flower was the primrose.
5. This plant is widely associated with Easter – largely because of its blossom time in the northern hemisphere.