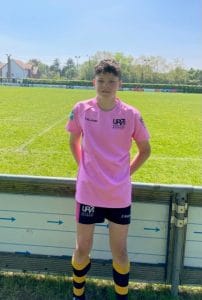 The South team played in “Barbarians” style socks, so Caterham’s black and yellow hoops were represented. The final was streamed live on the team’s YouTube and Facebook channels.

A very successful day for the South 1 team ending the day as U14 undefeated champions. Congratulations Ethan!