The 77th Coulsdon & Purley Festival is underway and Caterham School is once again, proud to be the official sponsor of the event. This year the competition is held online with entrants submitting video performances to a distinguished panel of adjudicators. Many Caterham School musicians embraced the challenge and entered the competition over the lockdown.

Amazing results achieved so far include:

Huge congratulations go to all of these pupils as well as to others whose results have not yet been announced.

The festival allowed our pupils to showcase their talents and we are extremely proud of the outstanding levels of musicianship demonstrated in this highly competitive competition. The Coulsdon and Purley Festival is affiliated to the British and International Federation of Festivals for Music, Dance and Speech of which Her Majesty the Queen Elizabeth II is patron. 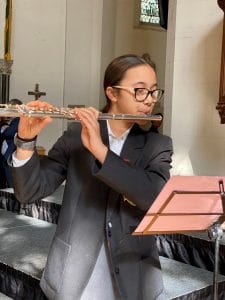