After arriving in good time the girls began to prepare for the round robin tournament, getting used to the bigger and faster pitch. Our first game was against the hosts, St George’s. An extremely tight game saw our girls put in a terrific defensive performance but just lost out 0-1. Our second game, vs favourites Cranleigh, was cagey with both defenses coming out on top. Cranleigh scored a goal with 40 seconds left leaving the girls no time to reply. Heading in to the third game a shift in positioning was needed and it paid dividends as the girls romped to a 4-0 win vs COL Freemens. It was a similar story in the next game vs Reigate with the girls racing to a 2-0 lead before being pegged back to 2-1 but they eventually held on. Our final game, vs Reeds was where the girls really came alive. Two evenly matched teams went toe to toe and our girls played some exceptional indoor hockey, taking the lead but eventually Reeds scored late on to equalise, which was a fair result.

We are so proud of the group who battled through every game on their way to a terrific third placed finish, narrowly missing out on qualification to the next round. They were all an absolute credit to the school, but special mention must go to Lilian DB, playing five years above her age, and to our top scorer, Elloise P. We can’t wait to go back again next year. 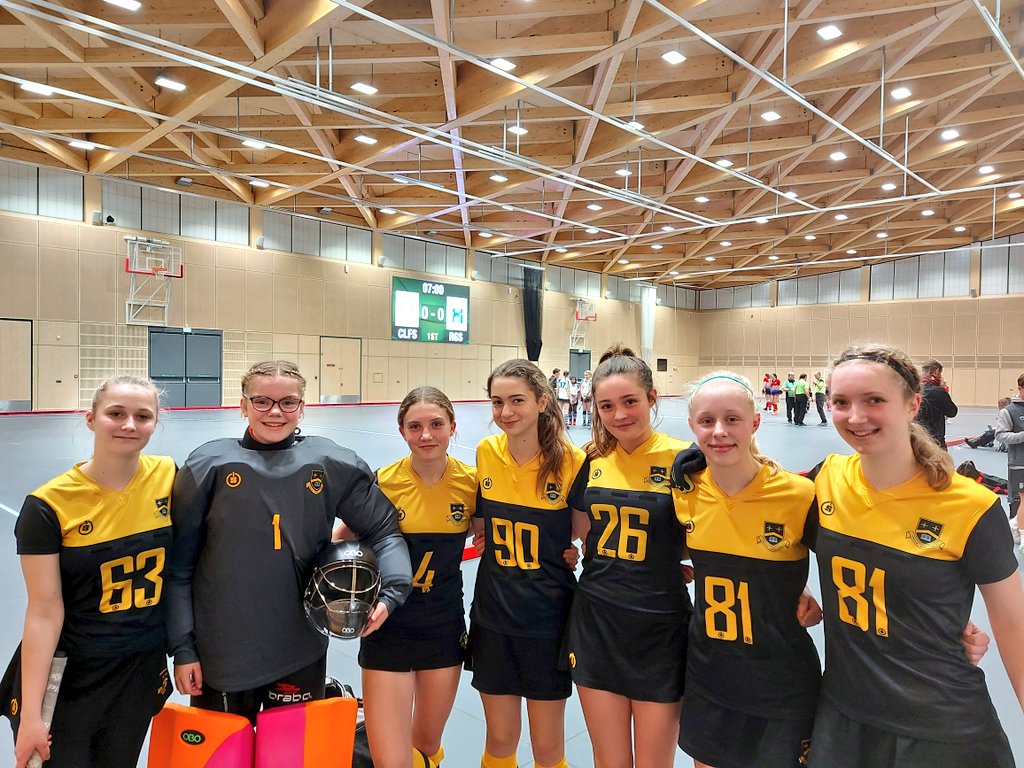