On Monday 17 January, before returning to his aerospace engineering degree at the University of Bristol, former head boy Ben Brown OC revisited his old A Level haunts along the physics corridor to give two outstanding and inspirational talks to those looking to follow in his footsteps.

The first talk, on the uses and applications of fluid mechanics, was given to an enraptured Fifth Year scholars’ society and discussed, among other things, the aerodynamics of COVID masks, the myth behind bumblebees breaking the laws of flight, and, of course, the lift generated in fast-moving planes and F1 cars.

In the second more technical talk, given to 18 aspiring engineers and scientists at Lower Sixth Form physics extension, Ben discussed, with his usual energy and insightful delivery, the mathematics behind the generation of lift on aircraft wings among other things – introducing our audience to the world of vector calculus!

The physics department are not only incredible grateful for Ben to give time to talk to Caterham’s keen engineers but remain incredibly proud of his achievements which include securing a year-long industrial placement with Aston Martin F1 next year. 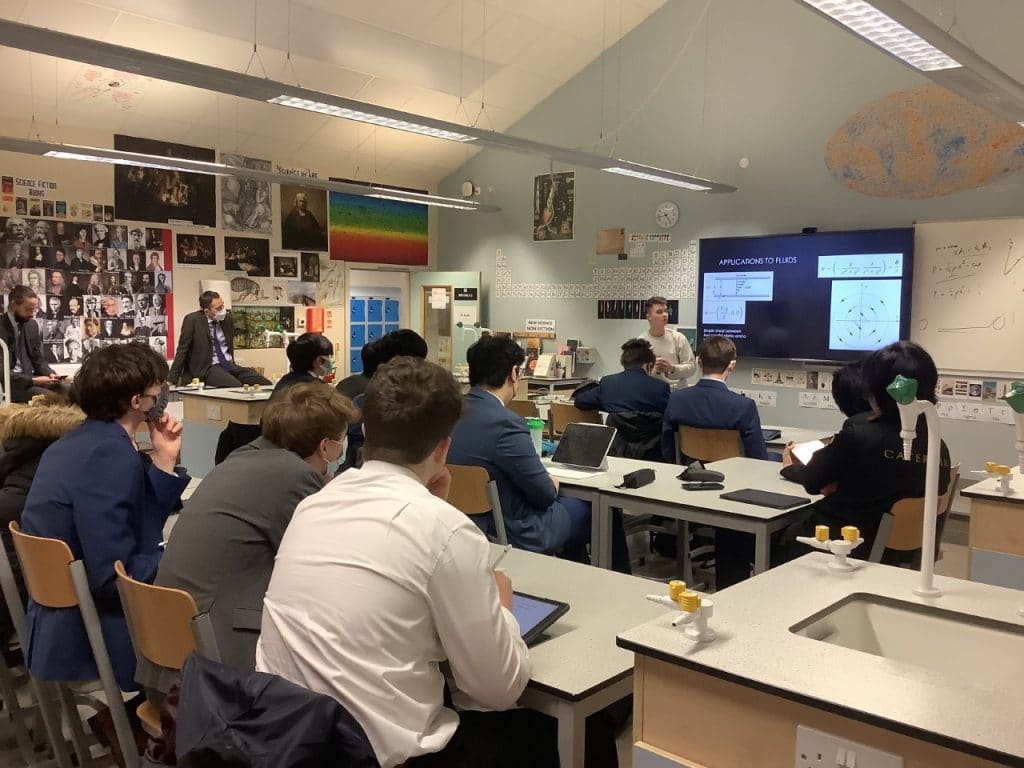 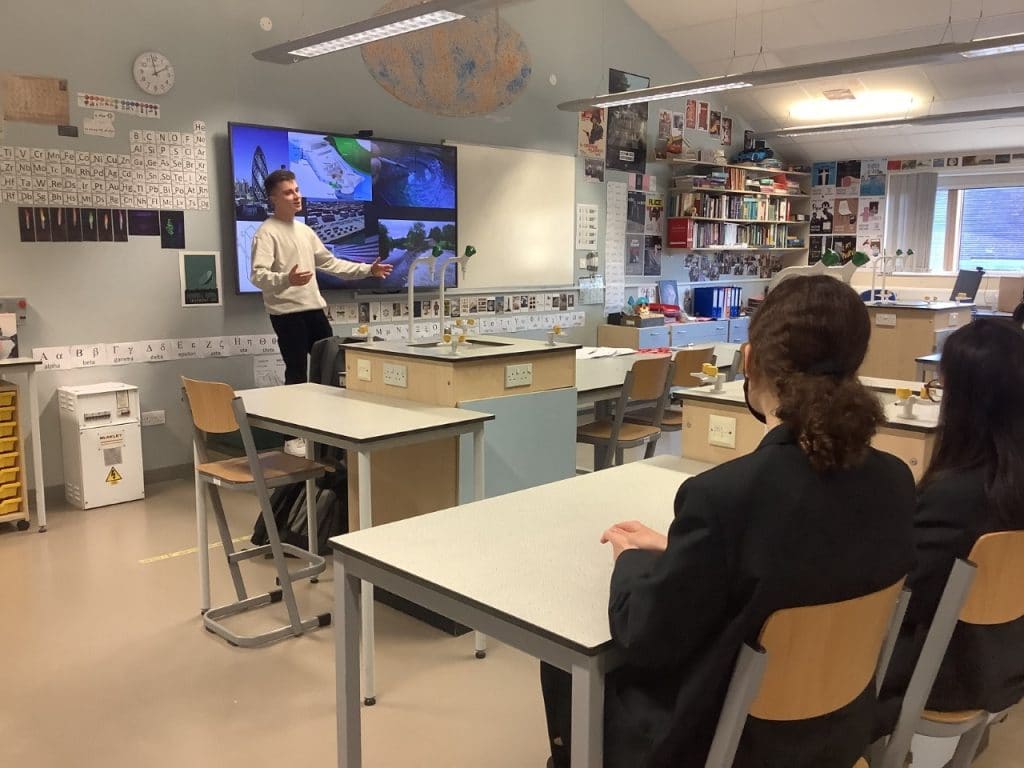 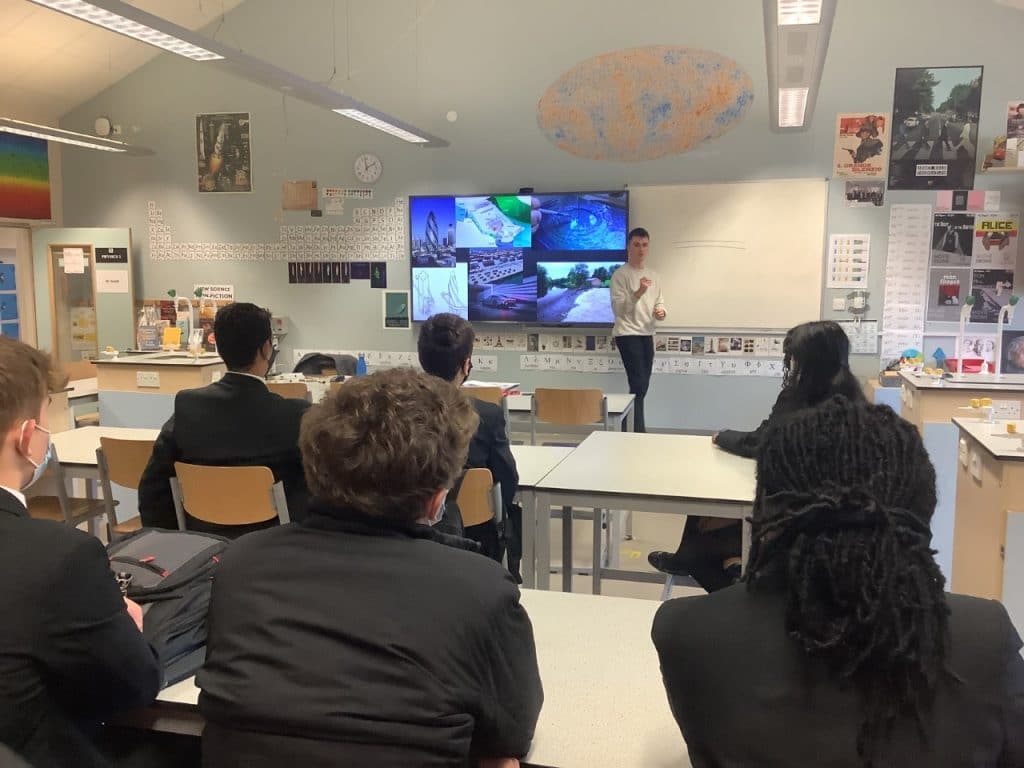