Through interactive activities and online polls, pupils discovered the fallibility of their own memory and learnt that 75 percent of wrongful convictions in the UK feature mistaken eyewitness reports. Pupils also assessed their accuracy in determining liars, finding that the average person, and indeed ‘experts’, are very bad at detecting when someone is lying and that the biggest clues are often not visual (e.g. touching face, avoiding eye contact, etc.) but verbal (e.g. stuttering, repeating phrases, etc.).

Speakers discussed famous murder cases in British history, for example the Ipswich murders in 2006 and the spree killings by Joanna Dennehy in 2013. They explored the forensic evidence used in the cases and considered the biological, psychological and sociological factors that make a murderer. Professor James Treadwell led a fascinating talk on prison reform, touching on core theories studied in A Level Psychology (e.g. Differential Association Theory – the idea that prisons are ‘universities of crime’ that breed more successful, hardened criminals) and suggesting prisons are an investment in failure – housing a criminal in prison for one year costs more than sending a child to Eton! The day concluded with a Q&A session with Noel ‘Razor’ Smith, former ‘professional’ bank robber with Anti-Social Personality Disorder (aka Psychopathy). We learnt about his journey into crime, the realities of living in prison, and his path to redemption and reformation. Pupils were able to make strong links to the specification and apply their theoretical knowledge to real-life case studies. It was certainly an enriching experience for all who attended! 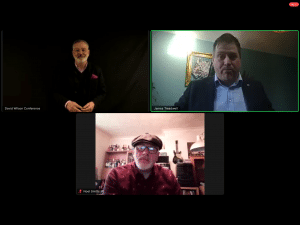