After finishing second in their group, East Grinstead advanced to the 3rd/4th placed playoff vs HC Argentia (Italy). A tight game saw EG drawing 2-2 at half time, but their quality showed through and they eventually ran out 6-2 winners and took the bronze medal.

This is an incredible achievement for Kathryn, who, as well as representing the school’s girls’ 1st XI in their successful indoor and outdoor seasons during the autumn term, was also a regular for the boys’ 1st XI in the spring term. Alongside her playing commitments, Kathryn has been coaching throughout the year at our weekly Junior Hockey Academy, passing on her knowledge and inspiring the future stars of Caterham Hockey.

Congratulations Kathryn, the school is hugely proud of you! 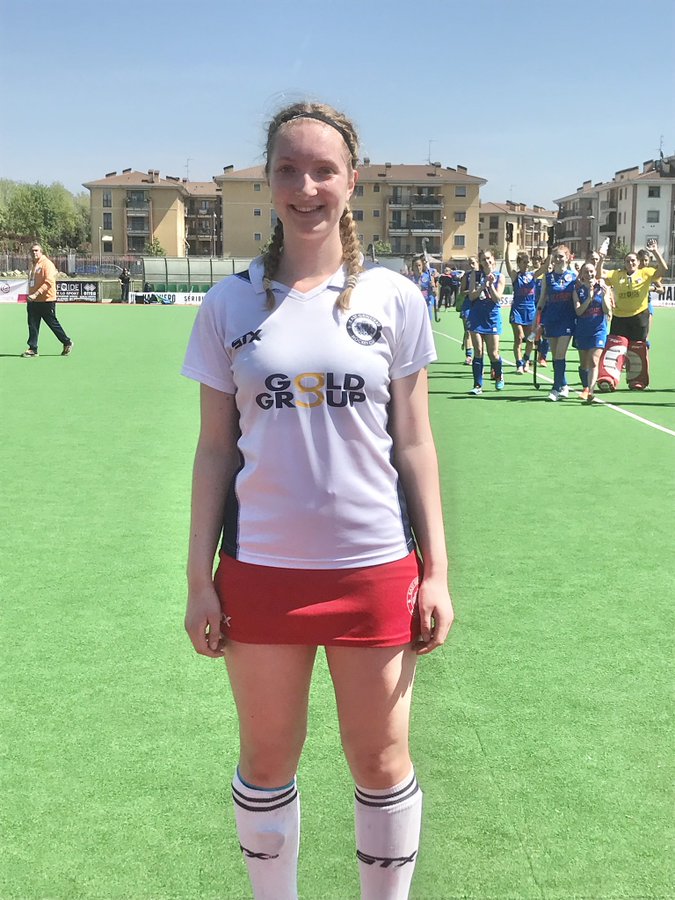