On Monday, the Fourth and Fifth Year Drama pupils were lucky enough to take part in a devised theatre workshop with leading UK theatre company Frantic Assembly. Frantic Assembly are known for their ‘thrilling, energetic and uncompromising physical theatre’ and have worked in the West End and internationally on shows such as The Curious Incident of the Dog In the Night-Time, Othello, Things I Know to be True and Fatherland.

The workshops began with a high-energy and thorough warm-up, followed by skills exercises, lifting techniques and creative tasks, culminating in the pupils creating a physical theatre duet. We were really impressed by the pupils’ commitment and imagination and look forward to seeing how their newly learned skills influence their GCSE devised performances.

A special mention to the Fourth Year pupils who, despite having just three people in the room and the rest joining in virtually, managed to adapt and produce some outstanding work both in the Humphreys Theatre and at home. 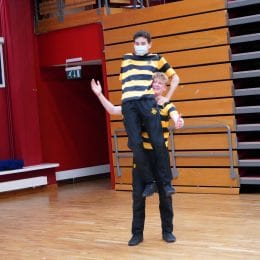 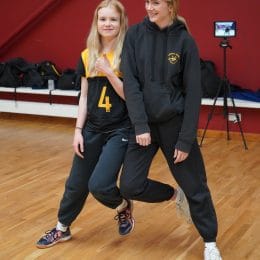 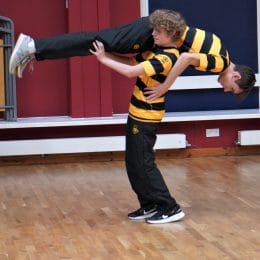 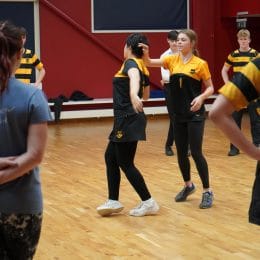 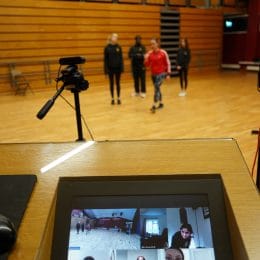 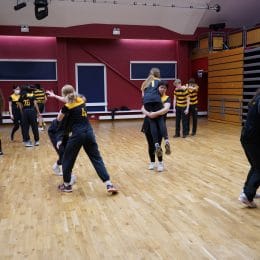