First and Second Year pupils recently enjoyed the atmosphere of a French café. Having to select from a menu in French, they ordered drinks and food in French to some dedicated French Sixth Formers who acted as very professional waiters for the occasion. In a very joyful atmosphere the younger pupils savoured some French delicacies such as “crepes au sucre” “croissant” and “pain au chocolat”. They loved their “chocolat chaud” so much that many had more than one cup! Lots of smiling faces and full tummies during this delightful French experience. A massive thank you to our French Sixth Formers who encouraged their juniors to converse in French and acted as true role models! 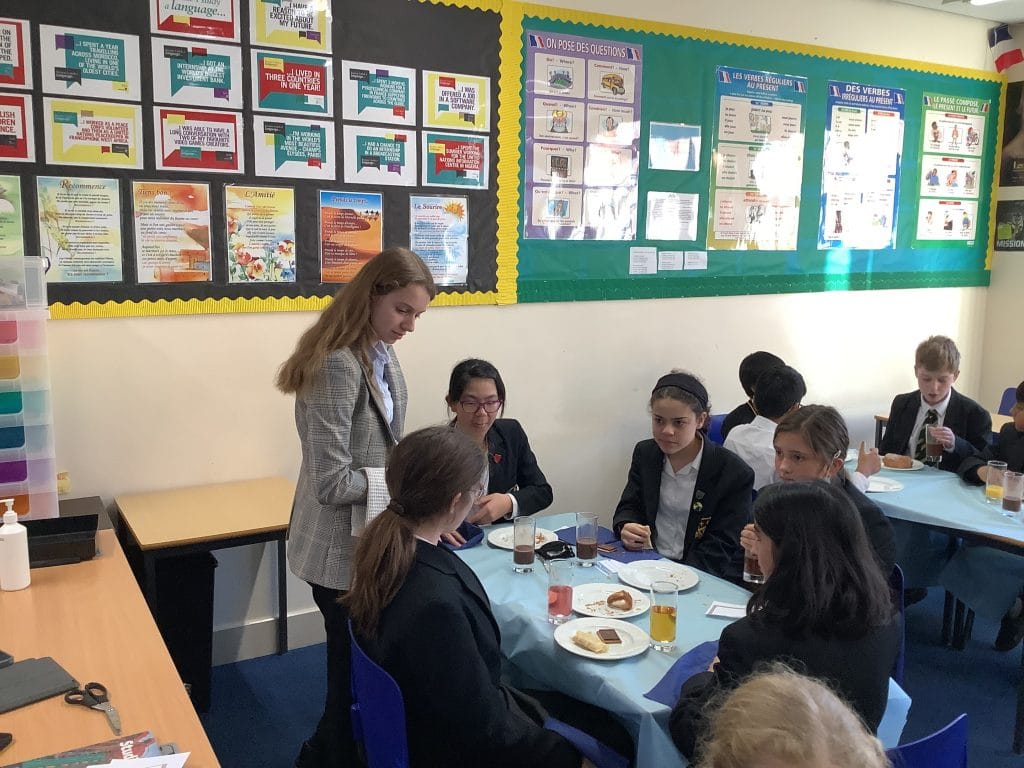 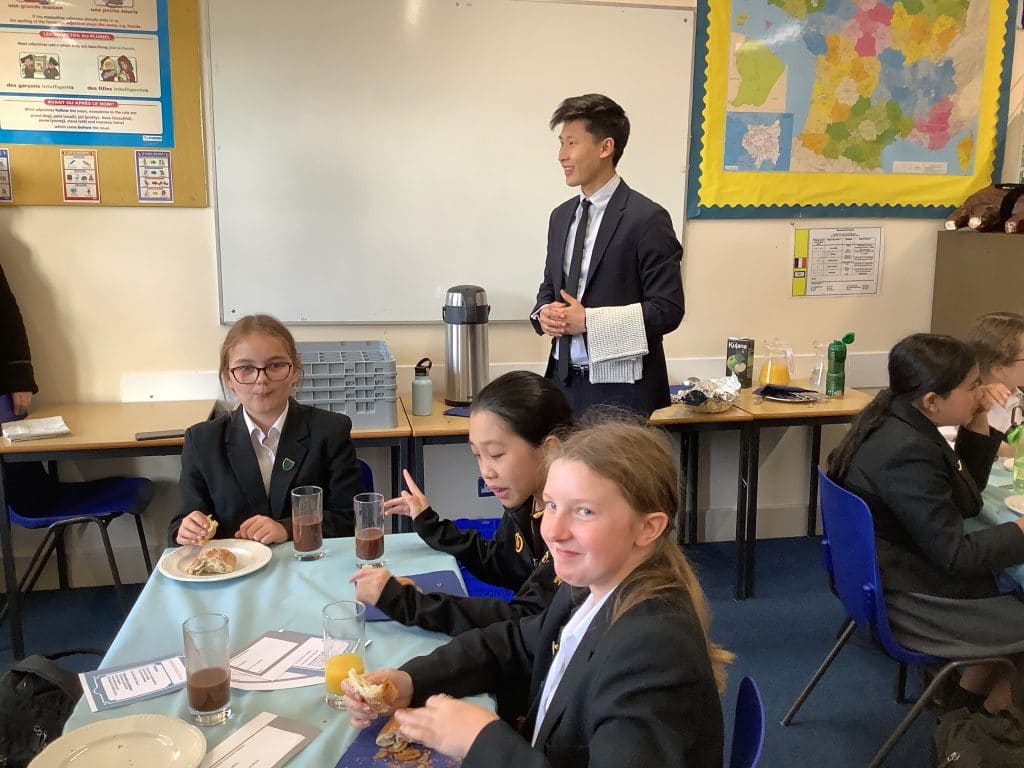 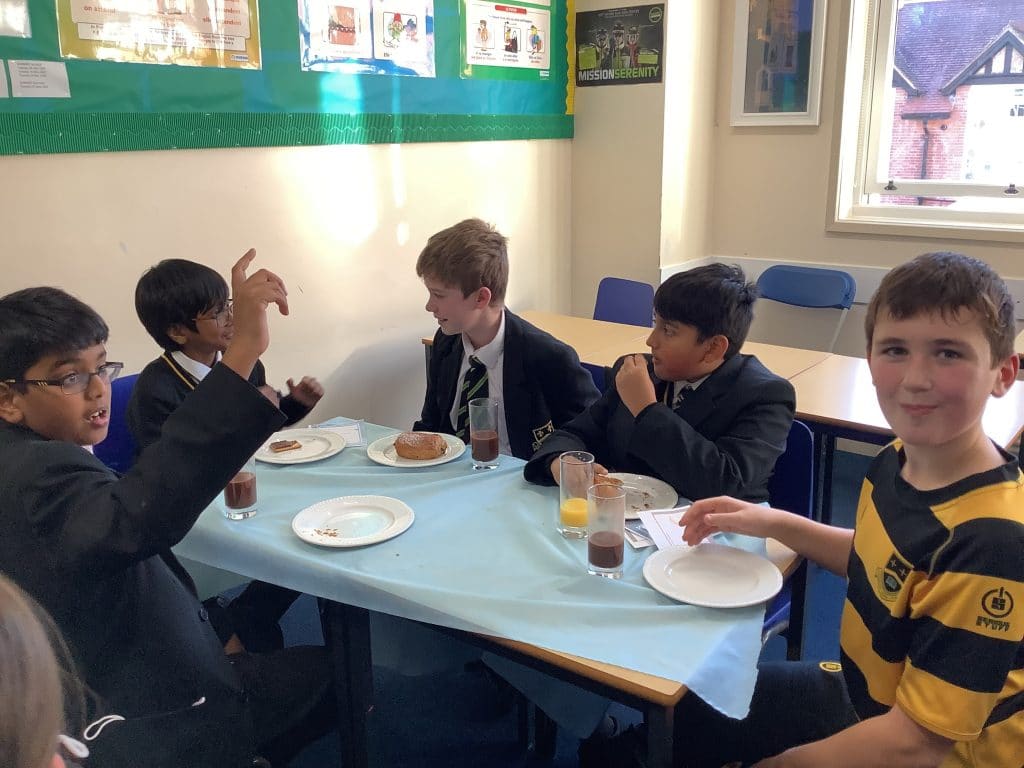 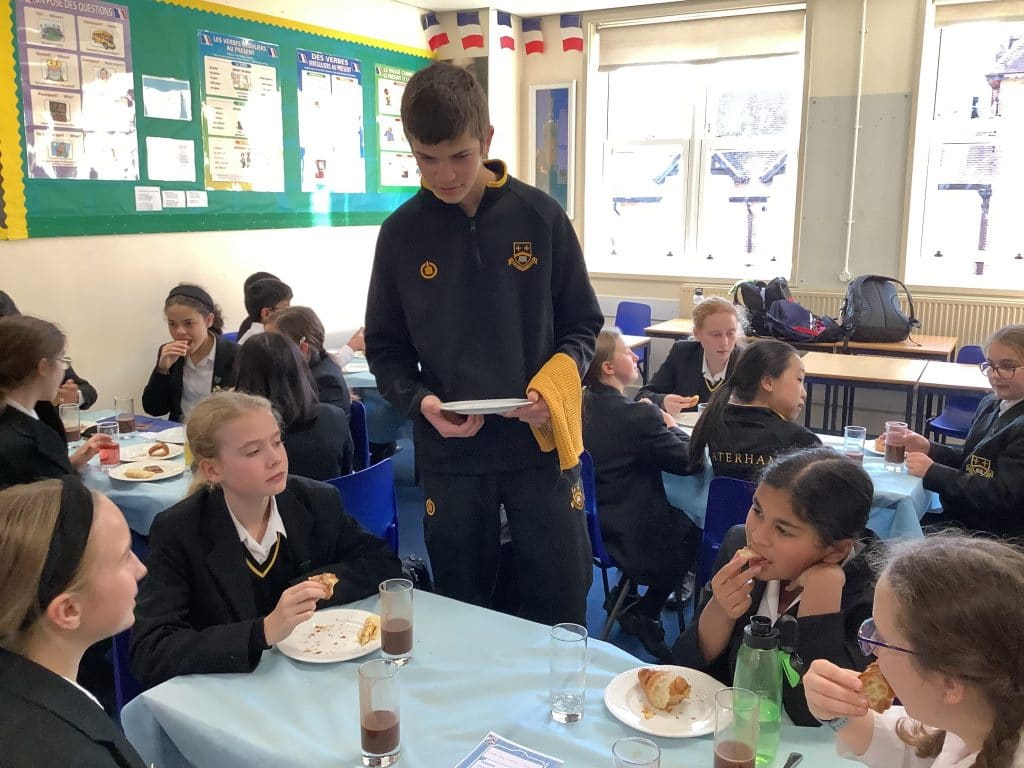