On Wednesday 17 November, the Upper Sixth Form Drama students performed their impressive scripted pieces as part of their A Level examination. The atmosphere in the Deayton Theatre was intimate and the perfect setting for what was going to be two very thought provoking performances focusing on some very current themes.  The first drama piece was ‘Leaves’ by Lucy Caldwell performed by Lilly M, Millie T & Amelie D. This piece displayed two young sisters’ individual responses to the aftermath of their older sister’s attempted suicide. They achieved an emotional performance whilst providing the audience with some comical aspects in order to create a very real representation of sisterhood. The second piece was ‘Lungs’ by Duncan MacMillan performed by Anna P & Josh C. This, in particular, was quite hard-hitting as it presented a couple’s deteriorating relationship after a miscarriage. They both earnestly expressed the significant psychological damage caused by such a loss and how this resulted in a change in their relationship from one of love and warmth to cold and distant as they tried to come to terms with their heartbreak. Both performances made a palpable impact on the audience and a lasting impression.

It was so exciting to be welcomed back into the theatre especially to see such accomplished performances. 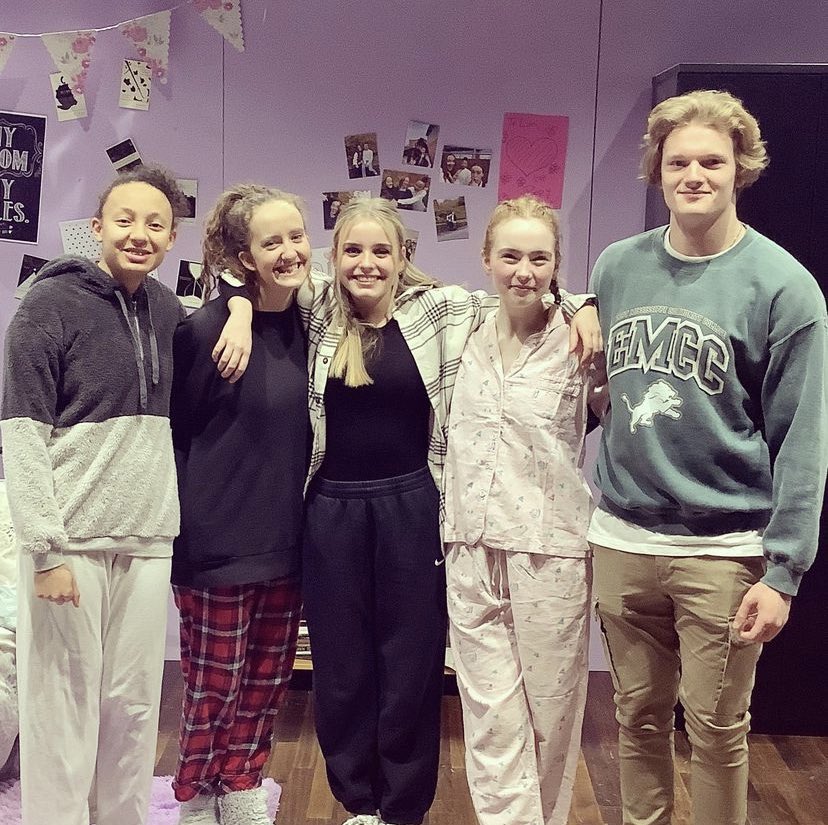