Huge congratulations go to Upper Sixth pupil and hockey 1st XI star Kathryn B. as on Saturday 12 February she made her debut for East Grinstead Hockey Club Women’s 1st XI in a top of the table National Premier League clash against Wimbledon HC. The National Premier League is the top league in the country and East Grinstead are currently battling at the top for European Qualification with their team containing a host of international players including Olympic gold medal winners.

This is a huge achievement for Kathryn and represents a great reward for years of hard work. We are so proud of her and hope that she is able to continue her success on the pitch for school and club! 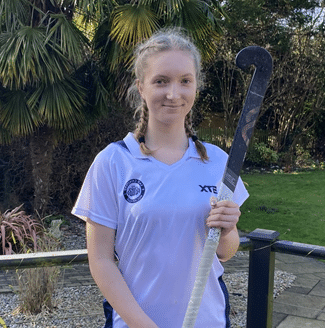