A magnificent crop of offers to conservatoires and leading performing arts schools has been secured by Caterham’s talented Upper Sixth Form pupils. The offers recognise the pupils’ outstanding talent and ability across music, drama and dance.

Raife N who has received unconditional offers from Guildhall, Royal Academy, Royal Conservatoire of Scotland, Royal Northern as well as a scholarship offer from Birmingham Conservatoire for his principal study of Composition.

Amelie D who has received an unconditional offer from the Emil Dale Performing Arts Academy to study Musical Theatre. Amelie was one of just 48 out of 3000 applicants to receive an offer in a highly competitive round.

Jerry N who has received an unconditional offer from the Royal Conservatoire of Scotland for principal study of Piano.

Anna P who has secured an unconditional offer from Trinity Laban with her principal study of voice. Anna is currently preparing for a second round audition for The Royal Welsh College of Music in addition to an audition for the Royal Academy of Music.

Good luck also to Millie T and Josh C who are both currently in in application for drama at Guildhall and Bristol Old Vic.

Ceri Jones, Headmaster, commented: “In any year this success would be remarkable but in 2021 it demonstrates not only the ability, progression and potential of our talented young people but also their resilience. Despite the myriad challenges brought by Covid, the continuation of performing arts throughout virtual and physical school has ensured our young people can succeed in their chosen path.”

“Last term saw a welcome return to live performances, including the orchestral concert and My Fair Lady. The breath-taking performances enjoyed by audiences proved beyond doubt that performing arts at Caterham continues to grow. My thanks to the teaching team across music, drama and dance for their determination and hard work in supporting our pupils for their applications, and for ensuring that performing arts at Caterham is thriving for all pupils.” 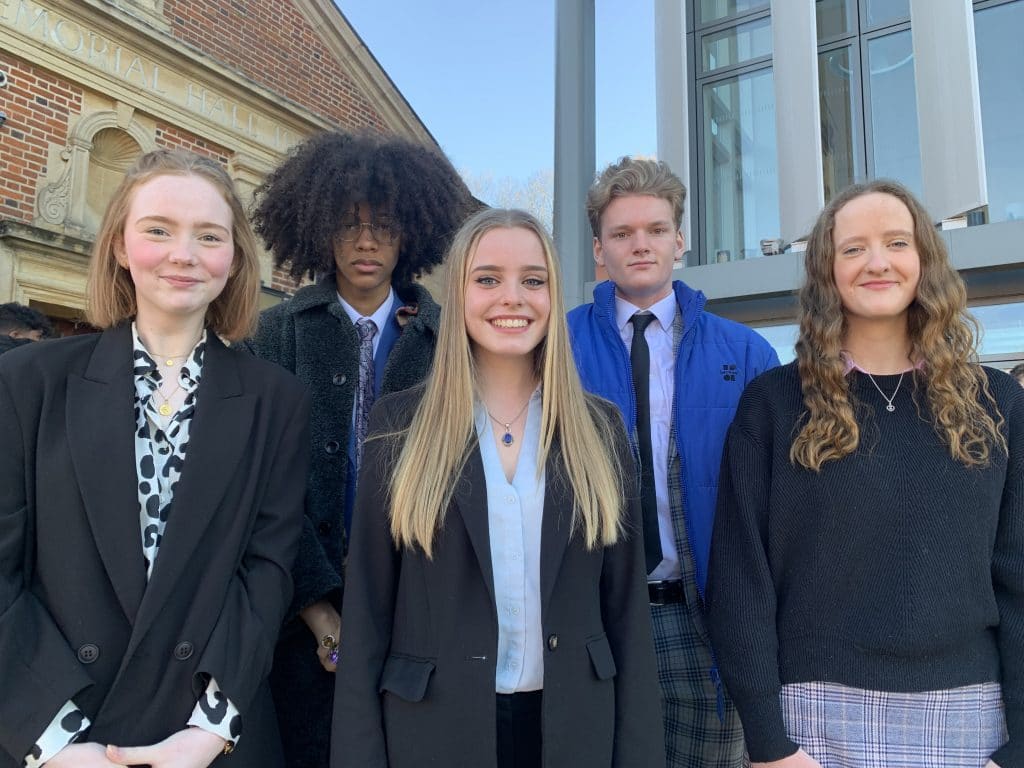